met Barbara A. Barnett at TNEO, a graduate-level workshop for Odyssey alumni. In addition to being made of awesome, she is a member of SFWA, an organization for professional SF/F writers. Her stories have appeared in pro magazine Daily Science Fiction, as well as Fantasy Magazine and many others. Find out more here.

Now, without further ado… take it away, Barbara!

END_OF_DOCUMENT_TOKEN_TO_BE_REPLACED

I encourage anyone who read the freebie and enjoyed it to like my Facebook page or become a fan on Goodreads.

Thanks to all who downloaded and made yesterday such a success! I greatly appreciate it and hope you enjoy “The Godless Land.”

Hi, everyone. I have two announcements (or three, depending on what you count.)

Episode 1: Hag Hollow is ¡free! on Smashwords  (easy to read on a mobile device) and Kobo. Amazon will hopefully price-match soon.

Episode 2 is available on Amazon, Smashwords, and Kobo (B&N coming soon) for $.99.

Episode 3 is coming next month.

Also, Episode 2 in Enchanted Forest will be available very soon.

In the meantime, if you read this blog, I would greatly appreciate it if you could like my Facebook page or become a fan on Goodreads. Anyone who does both will be double-appreciated.

James Beamon, a writer of fantasy and science fiction, currently lives in the windswept land of Afghanistan. He has published stories in numerous professional-paying magazines. He is a member of the Codex Writer’s Group, and he hasn’t told me whether he is a member of SFWA, though he almost certainly qualifies.

Take it away, James!

END_OF_DOCUMENT_TOKEN_TO_BE_REPLACED

The Avenger and the Destroyer: Free on Wednesday, August 8, 2012 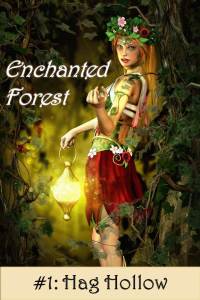 Today, I released “Hag Hollow,” (Amazon; Kobo and B&N) the first installment of “Enchanted Forest,” a new short story series. Kobo and BN are priced at $1.99, while Amazon is $2.99 until they decide to price match.

Beginning with the first story’s publication today, August 5, I will release a new episode every month. I will do my best to make each episode stand-alone, so that you can start anywhere and end anywhere — and yet give a sort of overarching plot  for those who read them in order. For me, it’s also an exercise in crafting compelling plots in each episode.

In the Kalamar Forest, the line between the material world and the Otherworld is thin. Here, will o’ wisps draw unwary travelers into quicksand; the lupine Firvalg hunt in packs; giant spiders trap victims in sticky webs; and the vicious Mandragora coils through the western swamps in her never-ending search for food.

One warrior stands against the forces of darkness and decay, and the encroaching human threat: Pirosha Shortsprout–heir to the throne of Bayne yet smallest of all his people–who will be called the greatest norg that ever lived.

In the Kalamar Forest, norgs disappear every day. A “Gray Ghost” haunts the wood, speaking of the birth of a male to the west. It becomes increasingly clear to Pirosha Shortsprout that he must ignore his childhood warnings and do the unthinkable: cross into the deadly western swamps and visit Hag Hollow.

Add to your books on Goodreads:

Rick Novy (website here) is a member of Codex, a group of neo-professional writers that includes yours truly. He also holds a membership to Science Fiction Writers of America (SFWA), a group of (paleo?)professional writers. His stories have appeared in various and sundry professional magazines. He also has some well-reviewed novels available on Amazon Kindle. I give him a hearty thanks for taking the time to answer my questions and stopping in on my little blog.